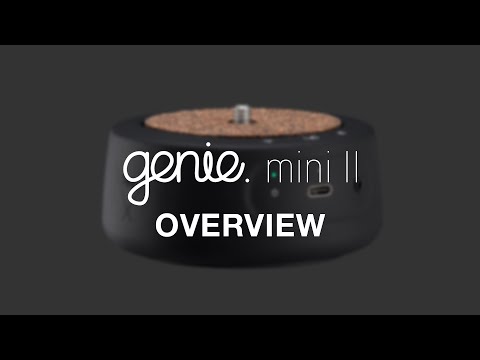 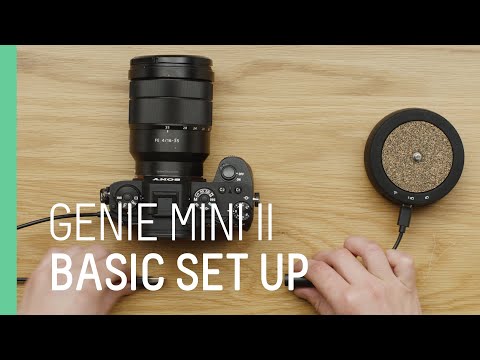 Motion Control in your pocket. The Genie Mini II is an extremely easy-to-use, portable device to create smooth panning motion time-lapse or video.Going beyond the basics, the Genie Mini II is highly versatile and packed with many other powerful features including: Keyframe motion control, 360° Panorama mode, Product Turntable automation and Pan and Tilt motion when combined with a second Genie Mini II.

Connect wirelessly with the Manfrotto Genie 2 App, a beautifully simple iOS and Android App that accommodates both beginners through to experienced filmmakers and photographers.
Designed to sit between your camera and tripod, the Genie Mini II has an internal motor that enables precise 360° panning motion with cameras weighing up to 4kg / 8.8 lb.
Powered by an in-built lithium-ion battery, the compact Mini II offers an incredible battery life of 15hrs for time-lapse and 6hrs for video recording, all on a single charge.