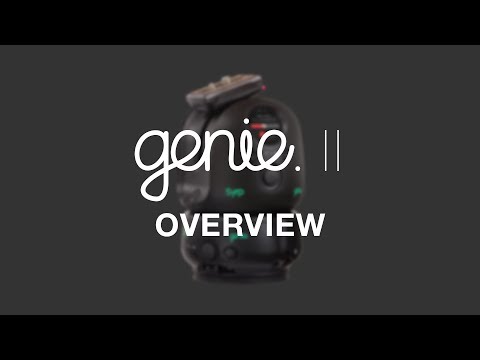 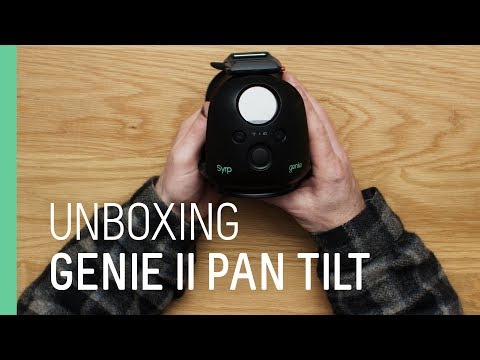 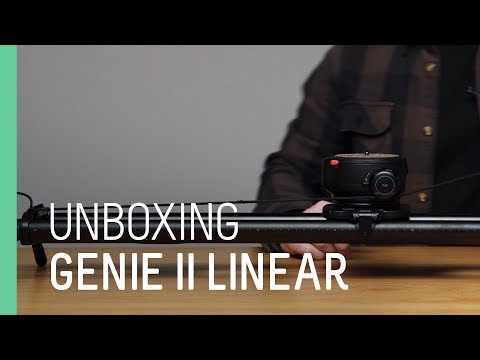 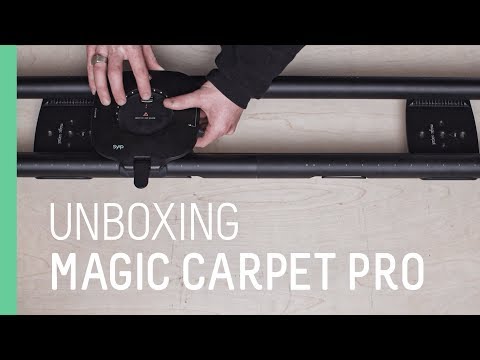 Genie II 3-Axis Pro slider – Epic Kit is a combination of our most advanced motion control equipment in one ultimate 3-Axis kit: made up of two independent motion controllers; Genie II Linear and Genie II Pan Tilt. By combining both with the Magic Carpet slider you have a powerful and portable 3-Axis motion control tool.

Setup is hassle-free with the Pan Tilt and Linear syncing via Bluetooth keeping cables to an absolute minimum. They also take the same Li-ion battery making power management a breeze. Simply attach the Linear to the Magic Carpet slider. Then click in the Pan Tilt straight on top via the quick release system and your 3-Axis kit is set up and ready for almost any filming situation.

Connect wirelessly to the Genie II 3-Axis - Epic Kit with the Manfrotto Genie 2 App and program complex movements using the built-in keyframe editor to change the speed and timing of all axes independently.

Packed with the latest technology including Bluetooth, WiFi and USB-C, enables many options for future feature releases.

Both the slider and motion control utilises our new innovative Quick Release system, so you can click together and shoot in seconds while also making your setup incredibly low and stable. The Genie II Pan Tilt and Genie II Linear sync wirelessly with each other avoiding the use of cables and complicated setup.

The Magic Carpet Pro slider has an integrated flywheel built into the carriage for perfectly smooth manual slider moves and has the option of adding extensions to enable shooting at any desired distance.

The Genie II Pan Tilt and Genie II Linear motion controllers are packed with the latest technology including Bluetooth, WiFi and USB-C, which offers many options for future software features.

Connect with the Syrp Genie 2 App and program complex movements for time-lapses or video using the built-in keyframe editor, allowing control of speed and timing of all axes independently from your phone or tablet.

Use as a standalone Pan Tilt head or combine with Genie II Linear for the ultimate 3-Axis motion control tool.

Stronger, faster and quieter than its predecessor, the Genie II Pan Tilt comes packed with features including time-lapse, video, keyframing, multi-row panorama and more.
Using the very latest technology in high-speed wireless communication and motor control, the Genie II offers an unparalleled motion control system, controlled via iOS or Android. Also included is an on-board display for set up without the need for the mobile app, giving you ultimate flexibility when on location.

The form factor of the device is incredibly compact, slotting into a regular camera bag with ease and is capable of full 180° degrees of tilting motion and 360° degrees pan.

The Genie II Linear is a highly portable and versatile solution for motion control. Our unique Genie rope system can attach to any slider on the market, giving you precise linear motion control up to 100m in length.

Although packed with features, Genie II Linear is ultra-portable so you can take it everywhere you go. It includes removable batteries and an integrated quick release system for quickly attaching your camera on top or clicking it directly into the Magic Carpet Pro slider.

The Magic Carpet Pro offers a tool-less set up, integrated flywheel, a patent-pending quick release system and the ability to connect multiple tracks together for longer tracking movements. Packed with innovative features the Magic Carpet Pro is the perfect slider system for any serious filmmaker.